Moses Burns immigrated from the north of Ireland to America in 1800. In 1801 he married Catherine Sinclair, daughter of John Sinclair, an emigrant from Scotland, then living in New York. Later that year Moses rented a hundred acre tract of virgin forest at the head waters of the Little Delaware River from the Livingstons.

Leaving his bride with her father, Moses set out on a two hundred mile hike over the rugged range of the Catskills with only a crude map of eastern New York, compass, axe, rifle, ammunition, blankets and food supplies. During the summer he built a log cabin and cleared a few acres of the forest before winter began. As fish and game were plentiful, he had no lack of food, and by hard work and robust health during the winter he extended his clearing. When spring came he returned to New York for his bride.

Rent Receipt for Moses Burns, dated April 12, 1811 for payment of $39.57. Rent on 105 acres for farm # 109, lot # 111 of the Hardenburgh patent
Moses and his brave wife Catherine walked the mountain trails together that led them to their mountain home. Here five babies, two boys and three girls arrived as fast as the stork could bring them, all surviving without the aid of doctor or nurse. After ten happy years, Moses Burns was injured while assisting at the erection of the first frame house in the town of Bovina and died at the age of 30 years.
Catherine married the young Scotsman next door, William Rutherford, who helped rear the five Burns children Betsy, Catherine, Moses, Nancy and John. The first four children married and moved west to Wisconsin. John Burns took over the home farm in Bovina, married Nancy Ormiston and raised seven children. 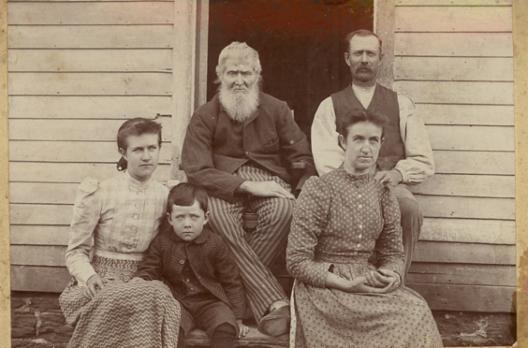 Over the years the family of Burns have spread out over the landscape of Bovina. The original farm occupied by Moses and Catherine passed out of the family in the late 20th century. Part of the sixth generation of Burns in Bovina were Robert Jr. and John (Jack). Bob and Jack married sisters from the farm over the hill, Marie and June Reinertsen. Jack and June bought their present farm on Bramley Mountain Road, which is the headquarters for Bramley Mountain Farm. A good portion of the herd is located at Marie's farm on Burns Road. Bob and Marie's daughter, Colleen, husband Ken Heavey, and their children Allison and Karlye have started a herd of their own and also help keep Bramley Mountain Farm in operation. 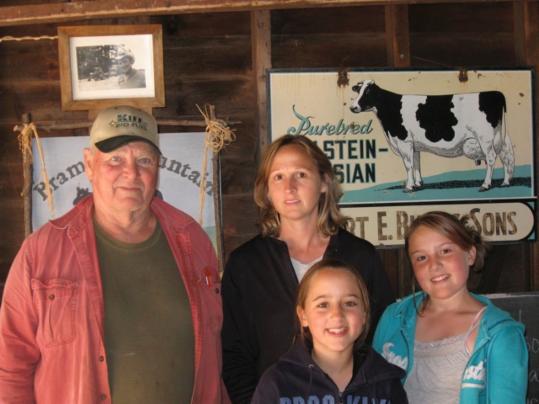